These are a few of the reviews that never made it up onto the old Mohair Sweets pages but are relatively recent releases from the likes of Ace, RPM, Revola and Cherry Red... More to come soon folks.

Luther Ingram: Pity For The Lonely, The Ko Ko Singles Vol. 1 (Kent) Sure the late Luther Ingram is best known for the massive “If Lovin’ You Is Wrong (I Don’t Wanna Be Right)” but soul fans the world over also know Luther recorded a whole heap and helping of other great sides. The Ko Ko imprint was started by Ingram’s manager, the infamous Johnny Baylor, and was absorbed into the Stax family after a couple of initial attempts at scoring a hit for Luther. Needless to say then that some of the backing provided on the Ko Ko/Stax era sides feature none other and no less than Booker and The MGs! The pre-Stax sides were overseen by none other than the great Willie Mitchell at Royal Recorders. Memphis soul magic anyone? Awesome. (19 tracks. 60:08 playing time.) Ace Records 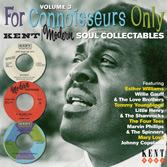 VA: For Connoisseurs Only, Volume 3(Kent) The coolness continues with the third volume of soulful gems from the vaults of Kent/Modern records. From the jumpin’ Billy Watkins opener “Beverly” to the churchy vibe of Jackie Day’s “If I’d Lose You” and the psychedelic-soulful drive of the Windjammers’ “Poor Sad Child (Pt. 1)” this is yet another winner in Ace’s catalogue of rare, obscure and essential soul music. Plenty of other cool sides too by the likes of Mary Love, Terry & The Tyrants, Vernon Garrett and the Ikettes. (24 tracks. 64:52 playing time.) Ace Records 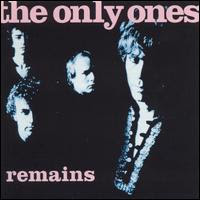 The Only Ones: Remains (Anagram/Cherry Red) A few years back I had the good fortune of having a cup of tea (biscuits too) and discussing records with Only Ones’ guitarist John Perry. I asked him about the Remains collection and he had a rather less than enthusiastic response. I s’ppose I can understand it from his "they never made it out of the can then" response but as a fan I must say this record has always (it’s actually been out a number of years now) been one of my favourite Only Ones releases. There are some really great lost classics here in "Prisoners", "Watch You Drown", "Hope Valley Blues", "My Rejection" and my personal fave - and the one where Mr. Perry really let’s her rip - "Counterfeit Woman". Essential stuff for fans. But then you already knew that right? Sweet. (14 tracks. 54:51 playing time.) Cherry Red 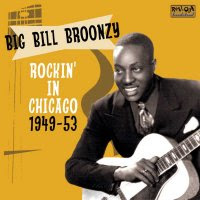 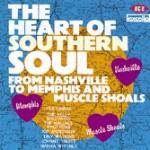 VA: The Heart of Southern Soul, From Nashville to Memphis to Muscle Shoals (Ace) An absolute classic in Ace’s catalogue of soul. Track after track of incredible, deep, passionate and brilliant Southern Soul from the mid-60s to mid-70s on the Excello and Abet labels. This is one release any soul hound should track down and have a listen to. (24 tracks.68:03 playing time.) Ace Records 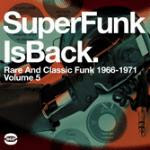 VA: SuperFunk Is Back, Volume 5 (BGP) The funky continuation in BGP’s search for rare funk is finally here. Dean Rudland has come up with - yet again - a fine set of obscure dance floor gems that should have you struttin’ your funky stuff and gettin’ your freak on once it hits the deck. The Mello Matics, Jackie Wilson, Smokey Wilson, the Uniques, Alvin Cash, Diplomats and plenty more. Give the drummer some!(21 tracks. 67:26 playing time.) Ace Records 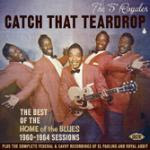 The “5" Royales: Catch That Teardrop (Ace) Yes! Finally a great sounding, completeist friendly collection of the mighty “5" Royales’ House of Blues sessions and Lowman Pauling’s work for Federal and Savoy. Of course much has been said about the Royales’ King sides but less so of their work with Willie Mitchell in Memphis for the H.O.B label. I dig it all and the Lowman Pauling work as El Pauling & Royal Abbit, or Exciters, or the Royalton is equally compelling and marvelous. Put this one together with Ace’s previous Royales’ release It’s Hard But It’s Fair and you should be set for a mighty long time. An R&B, Soul fan essential purchase! (28 tracks. 78:12 playing time ) Ace Records
at January 24, 2008 No comments: 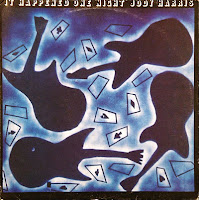 One of those records that when you first hear it leaves you droolin' and your mouth hangin' open... Speechless I was and it's still the same whenever I hear it. Thanks Jody.
at January 21, 2008 No comments: 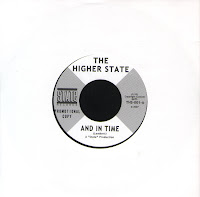 My pal Mole from the band forwarded this on to me and in keeping with the high quality, detailed and devoted work his previous band the Embrooks put forth this is indeed a marvel for one's ears to behold. Legit old-school garage-psych of the most harmonious and fuzz-fuelled order!

Truly delicious and so many, many ways to prepare... 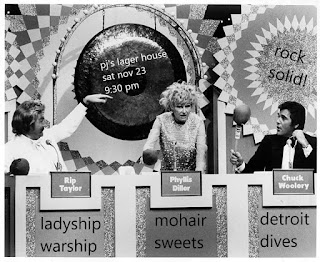